Report
Andy's Diary by Amy_Lynn
This is a largely true story told in the form of a diary that I kept back in the early 1970s. Its about how I got my first dress, first pair of panties and most importantly, my first training bra, and the way my life totally changed. The diary is long gone, destroyed as you read in the story, but the memories, good and bad, still remain.
7 Reviews

Report
Annual girly games by Towny365
The human race, due to a virus, can no longer have female children.rnA game has being set up for 16 years old to take part. In this, they fight to stay male, the losers will be saved from death, by a chemical that turn them female, these can have children: but these will be male.
37 Reviews

Open: Closed Stories: 2
Parent Series: None
Categories: Realistic Gender Change
Characters: None
Turned Into: None
Featured Items: None
Locale: None
Body Modification: None
Motivation for Change: Willing or Voluntary
Personality: None
Sexual Orientation: None
Story Type: None
Story Theme: None
Type of Change: None
Warnings: Intense Violence

Report
Dissolving Men by Cashmere Chloe
Dissolving Men is a set of four stories, each involving a gender-changing hormone powder  the fictitious MF100. While the powder and its effects are not quite credible given todays drugs, theyre more of an exaggeration than outright fiction so Id label the gender changes realistic rather than science fiction. Follow the young men through their journeys and their ups and downs as they discover the girls they were meant to be. There are a few villains here and you can be sure theyll get what they deserve in the end. Youll also find love and romance, maybe a little comedy, and some very unfortunate misunderstandings. The total series is 150 pages and its complete. Im going to post the pages every few days and I hope you savor the wait as much as you enjoy the read. Once you get the idea of what MF100 can do, feel free to submit your own story to add to the series!
45 Reviews

Report
Draoidheil and the Old Arts by Andrea DiMaggio
Three women, centuries old and practitioners of Draehoidel, the old arts, come along side girls in desperate need of understanding and encouragement; each taking the form of mortals to influence three souls close to each.. The women have come to help with others that need the healing that only love can provide...
8 Reviews 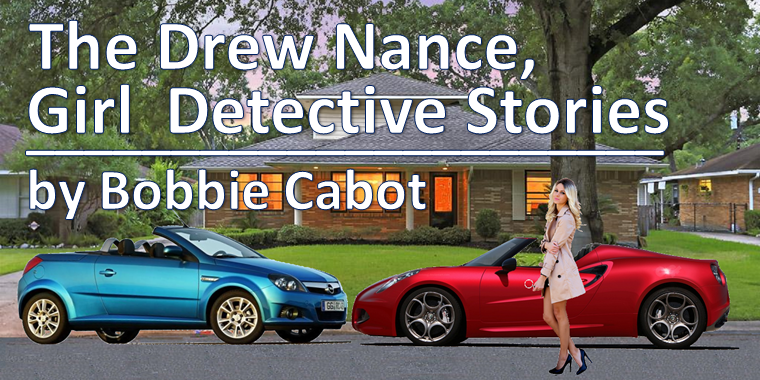 Andy Fayne's Uncle David and cousin Jane were killed because David was on track to taking down a large criminal organization operating within one of the largest commercial conglomerates in the country.

Now, they're after Andy and his dad because they knew David had passed information on to them. So they went undercover.

And that was how Andy became Drew Nance - sexy, high school transferee, while his dad became Carson Nance, high-powered US Attorney.

And while they rebuilt her uncle's evidence to get their killers (which might take a looong time), she goes on living as a high school girl and indulging her old hobby of solving the little mysteries and cases that she used to as Andy.

These are the Drew Nance Mysteries.
8 Reviews

Report
Dusty Rose by Clara
Chris fills in as the singer for his sister's all-girl country music band, Dusty Rose, for one gig at the student union. That night, a record company executive happens to hear them and offers them a recording deal, but it will require Chris to make some alterations.
14 Reviews

Report
Kiernan Family Chronicles by Andrea DiMaggio
Life is interesting in the small Philly suburb of Ardmore, where the Kiernan family learns about life and love and changes.
47 Reviews

Report
LIfe is filled with Serenity by Andrea DiMaggio
Life is filled with hope and change for many, of course. But life can also be different if fanciful for friends and fans of Firefly...
5 Reviews

Open: Closed Stories: 5
Parent Series: None
Categories: Realistic Gender Change
Characters: Male to Female, Teen (13-19 yrs)
Turned Into: None
Featured Items: None
Locale: None
Body Modification: None
Motivation for Change: None
Personality: None
Sexual Orientation: None
Story Type: None
Story Theme: Coming of Age, Everyday Living, Romance
Type of Change: None
Warnings: None

Open: Closed Stories: 7
Parent Series: None
Categories: Realistic Gender Change
Characters: Not Applicable
Turned Into: None
Featured Items: None
Locale: None
Body Modification: None
Motivation for Change: None
Personality: None
Sexual Orientation: None
Story Type: Includes Images
Story Theme: None
Type of Change: None
Warnings: None

Open: Closed Stories: 2
Parent Series: None
Categories: Realistic Gender Change
Characters: None
Turned Into: None
Featured Items: None
Locale: None
Body Modification: None
Motivation for Change: Revenge, Tricked
Personality: None
Sexual Orientation: None
Story Type: None
Story Theme: None
Type of Change: Stuck
Warnings: None

Report
Mike Ruthford-Survivor by greenhawk
Mike Ruthford is just an average teenager- Who who will become by higher forces to a sissy, a transgender. Will he be able to survive those attempts to turn him into a girl?rnrnNote: I will add stories about other major characters, but don't trust them to be longer than one chapter.
31 Reviews

Report
Romantic Entaglements in the City by Terri Fischer
A collection of stories that all take place in a city with a vibrant LGBTQ community. Characters often frequent the same venues (eg bar, company, support group, etc.). The stories are written in first person, in the style of humorous chick lit, but with trans women as the protagonists.
31 Reviews

Report
Tales of Middle Earth by Andrea DiMaggio
From the Shire to Mirkwood to Rohan to Gondor and all points in between, the lives of Hobbits and Elves and Dwarfs and even the children of Men can be challenging, but none so much as the lives of children who are much different than they appear and more than they seem....
6 Reviews

Report
The DannyVerse by Bobbie

Daniel Fairchild's problems started long before he was born. When his mom was pregnant with him and his twin sister, Danielle, she had participated in an experimental medical study of a hormone-based dietary treatment code-named Batch Fourteen.

It wasn't like a secret formula - it was just a dietary supplement designed to help control weight.

Participating in such studies were pretty common among college kids - it was a quick way to make a few bucks, and since it was just a diet supplement, it was deemed super-safe. Of course, when she found out that she was pregnant, she quit the study. By then, it was too late.

When the two were born, they were totally normal, but as they got older, that's when the problems started cropping up. First off, though Danny and Danielle were fraternal twins instead of identical twins, they were practically identical, except that Danny was a boy and Danielle was a girl. Well, actually, Danny looked like Danielle, that is to say, Danny looked like a girl - an effect of Batch Fourteen.

As they got older, Danny's looks just started to become more and more of a problem, especially when he joined his little band. Now he was known as Dannie, the hot lead singer of the girl band Unlimited Bandwidth, and Robin, the sexy girl DJ at the local radio station. Never a dull moment for Danny and his gang.
23 Reviews 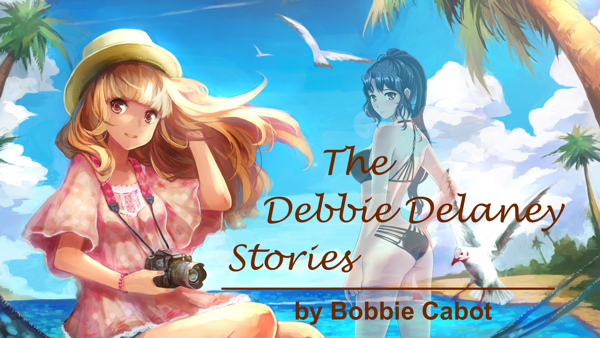 The Debbie Delaney Stories is a series of stories about professional photographer and newsperson, Deborah Delaney. The series starts just as Debbie finishes her transition, but doesnt have time to get acclimated to the new her as she gets a new assignment. A science team from the Flagstaff University (its not in Arizona - thats just the name) is in need of a photographer and, since science assignments are highly prestigious and well-paying assignments for photographers, Debbie grabs it right away, not realising that the assignment wasnt a typical photo assignment.

First off, she needed to use special lenses with her camera; second, she had to accompany her new team to places like haunted movie houses and cemeteries; and third, she had to take pictures of ghosts.

This series of stories are all short stories, and can stand alone without reference to any of the other stories, but it helps, of course, to read all of them.

Know that these stories originally came out as my contribution to the reboot of the TG Mixed Tape anthologies of super-short pieces by PersnicketyBitch. The revamped reboot, which now accepts longer contributions, was started by Hikaro, and is presently under the custodianship of Hikaro and Trismegistus Shandy.

(note: the picture is a collage of publicly accessible pictures from the net. - no IP or copyright infringement ins intended.)
0 Reviews Open: Closed Stories: 4
Parent Series: None
Categories: Realistic Gender Change
Characters: Male to Female, Adult (27-62 yrs)
Turned Into: None
Featured Items: None
Locale: College, Office
Body Modification: None
Motivation for Change: None
Personality: None
Sexual Orientation: None
Story Type: None
Story Theme: None
Type of Change: None
Warnings: None

The Saga of Adrian by MsReclusivity
This is a slice of life story of a young child 13-year-old child who is finishing middle school and moves forward into high school. Adrian is a Transgirl who is dealing with coming out to family friends and transitions from male to female. This is a heartwarming tale of Adrian's struggles in dealing with her transition to female.
14 Reviews

Report
The Sisters by Sandy Sullivan*
Stories about the organization known as The Sisters.
0 Reviews Open: Closed Stories: 0
Parent Series: None
Categories: Realistic Gender Change
Characters: Not Applicable
Turned Into: None
Featured Items: None
Locale: Hairstyling/Salon, Hospital or Clinic
Body Modification: None
Motivation for Change: None
Personality: None
Sexual Orientation: None
Story Type: None
Story Theme: None
Type of Change: Hormonal, Hypnosis, Mind Control
Warnings: None

Report
The Visitor by School Belle
You are an evangelical Christian family. You have moved off into the middle of nowhere to get away from the world as it is, to protect your children from every appearance of evil. But what if, in this very wilderness, you came across an example of all you fled the world to get away from. Would you touch a leper? Would you have fellowship with a traitor? Would you take a prostitute into your home? We know that Jesus did these things, and we know that we are to follow His steps. In When Samaria Comes Calling, Nathan and Monica Henson, their five children, and their congregation are asked to do the same kind of thing. Can they? Will it matter?rnrnYou are a 15-year old boy, but you believe in your heart of hearts that you are a girl. You try to live as a girl, which upsets you career-military father to no end. He places you in a boys home in the middle of nowhere in an attempt to reform you. You escape, hoping to live the life every emotion in your heart tells you is reality. You get lost. Without food or water, you collapse in the wilderness begging for help as you fade into unconsciousness. When help arrives, it could not come in a worse form. You find yourself in the hands of the most religious nut jobs you can imagine. So you appeal to the state to extricate you from both your father and the fanatics who saved your life. And then your life gets even worse.rnrnThe Visitor is an abridgment of When Samaria Comes Calling, a G-rated novel that attempts, however imperfectly, to examine some of the realities of transgender life.rn
29 Reviews